The endangerment of the animals, plants and fungi of the Alps caused by climate change and land use pressures have reached unprecedented levels today. Our previous conservation efforts are inadequate, as documented by numerous Red Lists. The Alps are a special biodiversity hotspot; it is in the pan-European public interest to maintain this outstanding diversity for the future.

As a result, regional experts who delivered the symposium “Threat of the Alpine biosphere by land use intensification and climate change” in Graz call on all residents and policymakers responsible for the alpine region, for a strong and sustainable effort for the protection of nature in the Alps!

The Alpine Symposium was organised within the scope of our final project meeting and was well visited. The audience consist of experts from various scientific disciplines, from policies and interested public. 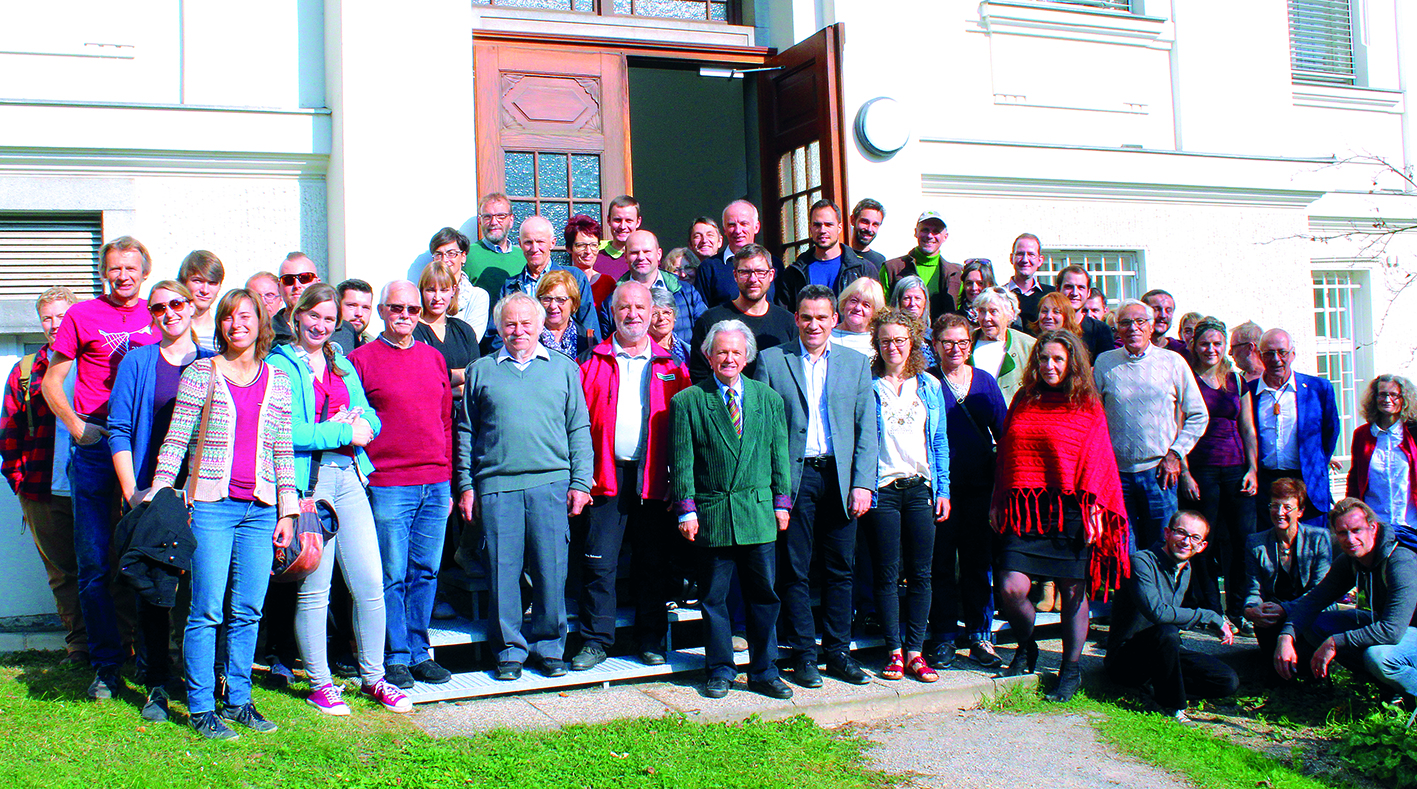 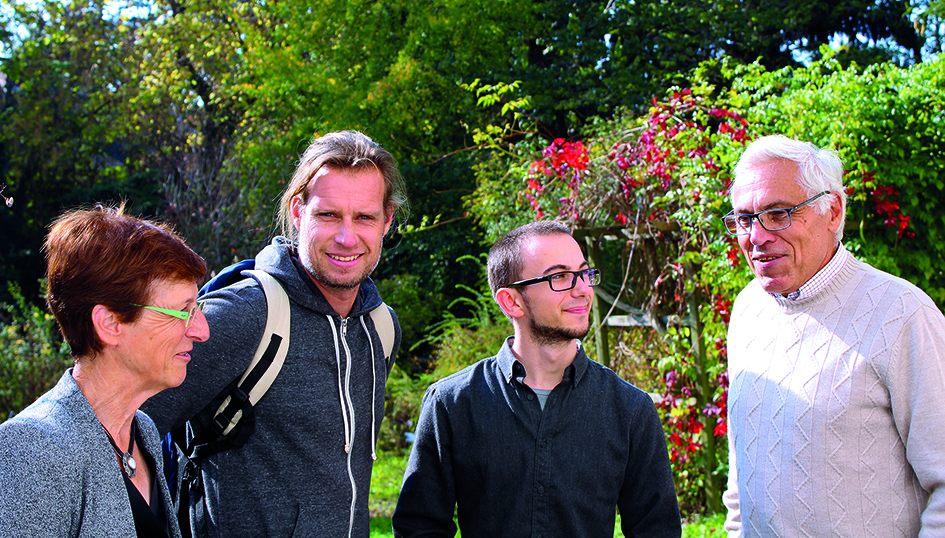 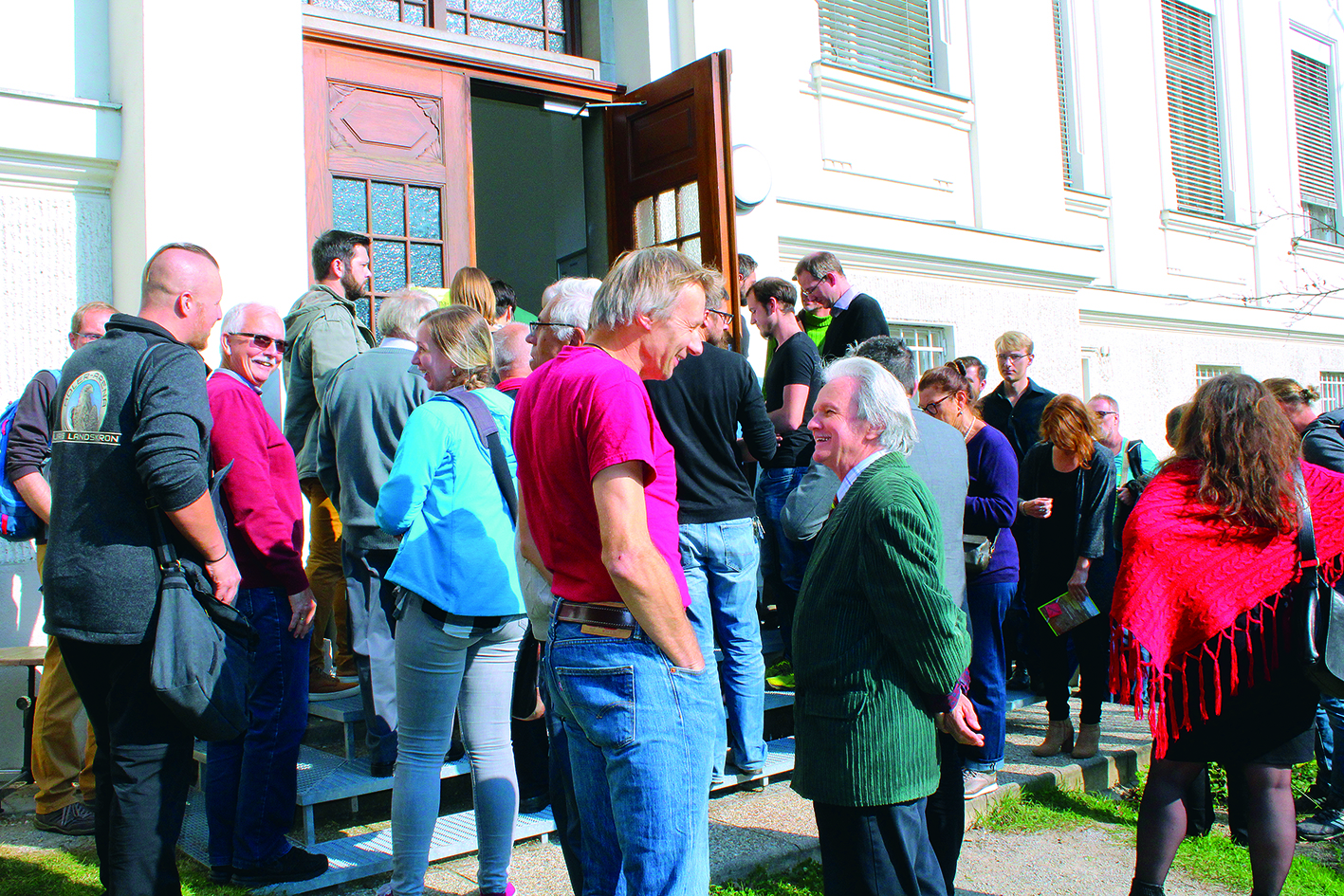 Three things are needed for a great seed-collecting trip: a species-rich location, the right time, and nice weather! All this we found from 23-25 August 2017 at the Eisenerzer Alps, 60 km northwest of Graz.

The Eisenerzer Alps are a substantial part of the greywacke zone, a band of Paleozoic metamorphosed sedimentary rocks between the granite basement rocks of the Central Eastern Alps and the Mesozoic rocks of the Northern Calcareous Alps. As mountain-forming material we find phyllites, shale, metamorphic volcanic rocks, weakly metamorphic limestone (marbles), quartzites, and less common, graywacke.

The zone is rich in mineral resources (iron, copper, magnesite, graphite, etc.), and near the city of Eisenerz we find the “Styrian Erzberg”, a giant open-pit mine. Erzberg represents the largest iron ore reserves in Austria, having estimated reserves of 235 million tonnes of ore in form of the mineral Siderite (iron-2-carbonate). Since the 19th century, Erzberg was the basis of a remarkable economic development of iron producing and processing industry in a previously extremely poor and underdeveloped country, giving it the name “Styrian loaf mountain”. The price was the loss of a singular mountain ecosystem leaving an open wound in the landscape. END_OF_DOCUMENT_TOKEN_TO_BE_REPLACED

Once ecological data are associated with coordinates, the information is given a spatial component. To work with different types of spatial ecology data different software solutions (GIS, software for statistical analysis, etc.) are needed. Proprietary software is often very expensive and linked to commercial support. Open source solutions are more cost effective because they are freely available to download and use. The large open source community also helps new members with steep learning curves and provides support via online forums. Deciding where to start, and which open source programmes to use can, however, still be challenging. END_OF_DOCUMENT_TOKEN_TO_BE_REPLACED

Now the new season starts and the question is how to optimize fieldwork. During the past week I have been thinking about the sampling design for a number of new species that will be included in species distribution models (SDM). The aim is to find new occurrence sites of this species within the Styrian Alps. A variety of meaningful site properties need to be incorporated in SDMs to cover the whole range of the species’ preferences. The process for the random selection of sampling sites shall also be automated within an R script in order to avoid making the redundant steps by hand.

END_OF_DOCUMENT_TOKEN_TO_BE_REPLACED

19th August 2016, 8:30 at the car park at Angeralm in the north of Liezen. It is the fourth day of our upper Styria-trip and we meet our colleague Dietmar who is working for his Master’s thesis at mount Angerkogel. He will show us some remote places where we will hopefully find special species from our target lists, not least Crepis terglouensis, which Christian and I have been looking for since the start of our collaboration with the Millennium Seed Bank Partnership in 2013. The way is long, nearly 5 kilometers, as we did not choose the direct way over mount Nazogl which we can see from the car park, as the longer way promises a good yield of seed collections. END_OF_DOCUMENT_TOKEN_TO_BE_REPLACED